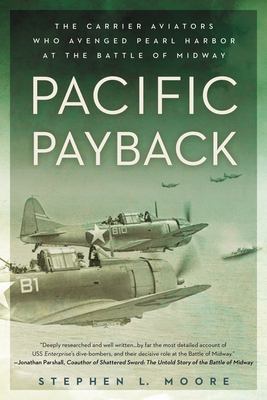 Contents:
"We would have one helluva celebration" -- "Our world was shattered" -- The stuff -- "I was really upset" -- "We lost as much as we gained" -- Island raiders -- Arrival of the "new boys" -- "Something big was in the works" -- "God, this is it!" -- Five minutes of glory -- The deadly flights home -- The Japanese strike back -- The flying dragon strike -- "The little devil was most difficult to hit" -- "I wish I had just one more bomb."
Summary: Describes the fearless crew of the USS Enterprise whose offensive blow in the Marshall Islands against the Japanese led the turning of the tide during World War II.
Tags from this library: No tags from this library for this title. Log in to add tags.
Fiction notes: Click to open in new window

Sunday, December 7, 1941, dawned clear and bright over the Pacific. But for the Dauntless dive-bomber crews of the USS Enterprise returning to their home base on Oahu, it was a morning from hell. Flying directly into the Japanese ambush at Pearl Harbour, they lost a third of their squadron and witnessed the heart of America's Navy, broken and smouldering on the oil-slicked waters below. The next six months, from Pearl Harbour to the Battle of Midway, a dark time during which the Japanese scored victory after victory, this small band of aviators saw almost constant deployment.

Describes the fearless crew of the USS Enterprise whose offensive blow in the Marshall Islands against the Japanese led the turning of the tide during World War II.