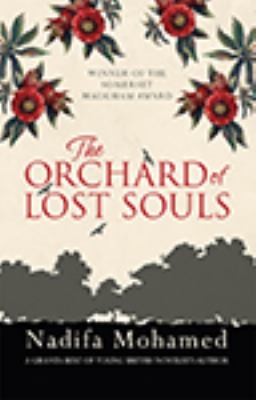 BookSeries: Charnwood.Publisher: Leicester : Thorpe, 2015Edition: Large print edition.Description: 336 pages (large print) ; 24 cm.Content type: text Media type: unmediated Carrier type: volumeISBN: 9781444822403 (hbk); 1444822403.Subject(s): Women -- Somalia -- Fiction | Somalia -- History -- 1960-1991 -- FictionGenre/Form: Large type books.Summary: It is 1988 and Hargeisa waits. Whispers of revolution travel on the dry winds but still the dictatorship remains secure. Soon, and through the eyes of three women, we will see Somalia fall. Nine-year-old Deqo has left the vast refugee camp she was born in, lured to the city by the promise of her first pair of shoes. Kawsar, a solitary widow, is trapped in her little house with its garden clawed from the desert, confined to her bed after a savage beating in the local police station. Filsan, a young female soldier, has moved from Mogadishu to suppress the rebellion growing in the north. As the country is unravelled by a civil war that will shock the world, the fates of the three women are twisted irrevocably together...
Tags from this library: No tags from this library for this title. Log in to add tags.

It is 1988 and Hargeisa waits. Whispers of revolution travel on the dry winds but still the dictatorship remains secure. Soon, and through the eyes of three women, we will see Somalia fall. Nine-year-old Deqo has left the vast refugee camp she was born in, lured to the city by the promise of her first pair of shoes. Kawsar, a solitary widow, is trapped in her little house with its garden clawed from the desert, confined to her bed after a savage beating in the local police station. Filsan, a young female soldier, has moved from Mogadishu to suppress the rebellion growing in the north. As the country is unravelled by a civil war that will shock the world, the fates of the three women are twisted irrevocably together...

The plight of women and girls in Somalia is the focus of this involving second novel by Mohamed, one of Granta's Best of Young British Novelists and winner of the Betty Trask Prize for her debut, Black Mamba Boy. This story shifts among the viewpoints of nine-year-old Deqo; Filsan, a young female soldier; and Kawsar, a widow savaged by Filsan for trying to rescue Deqo from a beating. The year is 1987, the eve of the Somali civil war. Women are victimized because of their age, sex, and politics. Children are especially vulnerable, and there is a horrific scene in which blood is taken from them until they die, in order to provide transfusions for those on the "right" side of the cause. Women can also be brutes, and Filsan, despite her own suffering, is hard to like. Still, each character, in her drive to find safety and belonging, is fully realized and at least somewhat sympathetic, and the novel builds to an unlikely but satisfying ending when the three characters' paths cross again. VERDICT Highly recommended for fans of Chimamanda Ngozi Adichie (Americanah) and Tahmima Anam (The Good Muslim), whose novels also deal with the impact on individuals of dictatorships and the struggle for independence. [See Prepub Alert, 9/9/13.]-Evelyn Beck, Piedmont Technical Coll., Greenwood, SC (c) Copyright 2013. Library Journals LLC, a wholly owned subsidiary of Media Source, Inc. No redistribution permitted.

A brutal confrontation in pre-civil war Somalia intertwines three women's lives in this devastating second novel by Somali-born Mohamed (after Black Mambo Boy), who is named in Granta's 2013 "Best of Young British Novelists" list. The story opens in 1987 in the city of Hargeisa, as the widow Kawsar and the orphan Deqo prepare for a pro-government rally that all locals are required to attend. Deqo, who is nine, has been promised a new pair of shoes if she dances for the crowd. When Kawsar saves Deqo from a beating for forgetting her dance steps, a female soldier, Filsan, arrests Kawsar and beats her so severely that she can never walk again. As Somalia descends into revolution, Kawsar struggles with her painful memories; little Deqo survives on the streets, selling stolen fruit and sleeping in a barrel; and duty-bound Filsan's career unravels along with the country. The three women's paths, perhaps a tad too coincidentally, cross again later, and they take refuge together behind the "grief-blue walls" of Kawsar's home near the titular orchard. Mohamed is a lyrical writer, and although her material could easily be exploited, she does not so much milk it for emotion as elevate it to a kind of searing poetry. Agent: Ben Mason, Fox Mason Ltd. (Mar.) (c) Copyright PWxyz, LLC. All rights reserved.

*Starred Review* The lives of three Somalian women intersect in Hargeisa in the days before the 1987 revolution in Mohamed's (Black Mamba Boy, 2010) powerful, transcendent novel. When Deqo, a nine-year-old refugee, messes up a ceremonial dance, a widow named Kawsar steps in to protect her from a brutal beating. Kawsar is arrested by Filsan, a zealous young soldier, who beats Kawsar when the widow talks back to her at the jailhouse. Kawsar finds herself housebound with a broken hip as her friends prepare to flee Somalia. Deqo seeks refuge with a quartet of prostitutes who give her shelter in exchange for household chores. After spurning the advances of a powerful general, Filsan finds herself relegated to desk duty until she's given an opportunity to go on a mission to deal with a town believed to be aiding rebel forces. As the country tips over into a full-scale revolution, the three women find their paths converging under very different circumstances. Mohamed evokes the burgeoning unrest of a city on the brink of chaos with vibrant, evocative language and imagery, crafting a story that will stay with readers long after the final page is turned.--Huntley, Kristine Copyright 2010 Booklist

Mohamed (Black Mamba Boy, 2010) takes on the Somali civil war of the late 1980s with the intersecting stories of three women: the elderly widow of a former police commissioner opposed to the authoritarian regime; an ambitious army officer trying to meet her military father's expectations; and a 9-year-old orphan living by her wits. Deqo is in a group of children set to dance at a military celebration in Hargeisa in northern Somalia, but when she forgets her steps, the women in charge beat her. Elderly Kawsar, who has attended the festivities with reluctance, rushes to help the child. As Deqo runs away, Kawsar is arrested. Unfortunately, Filsan, the officer in charge of interrogating Kawsar, has just been humiliated after refusing the sexual advances of a senior officer, and she takes out her fury on Kawsar. Coming home to her close-knit neighborhood unable to walk, Kawsar dreams about her daughter, who committed suicide as an adolescent after being abused by soldiers. When the government's battle against the insurgents intensifies, Kawsar's best friend tries to convince her to leave, but Kawsar stubbornly refuses and ends up alone in the abandoned neighborhood. Having run away after Kawsar's intervention, Deqo ends up living on the streets until she is taken under the wing of a local prostitute. Deqo thinks she has found some semblance of protection, but when the prostitute leaves town, Deqo realizes she's been sold to a pimp and bolts. Meanwhile, Filsan struggles to find her place as a woman in the military. Mohamed does not shy away from showing Filsan's capacity for brutality as well as her vulnerability as a lonely, morally confused woman. She and her captain begin a tentative if doomed relationship before the rebels' strength begins to overwhelm government forces, and the three heroines face final challenges. Despite some strained coincidental connections, Mohamed creates three memorable characters and makes the experience of what it was (and remains) like to live through the chaos of Somalia's dystopia disturbingly real.]] Copyright Kirkus Reviews, used with permission.
More book reviews at iDreamBooks.com